We've moved! Please follow this link to find out more about Heritage Fair 2020.
Posted by Richmond Museum - Emily at 14:23 No comments: 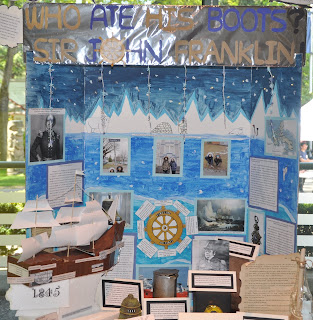 Project #16 - The Man Who Ate His Boots - Sir John Franklin
By: Alivia and Valerie, Cornerstone Academy


2. BC Hydro Power Pioneer Award
Recipient receives a certificate and a book. 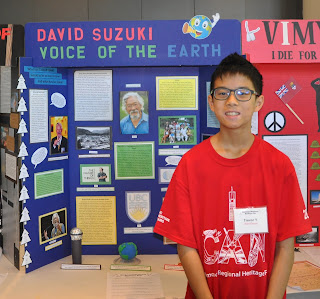 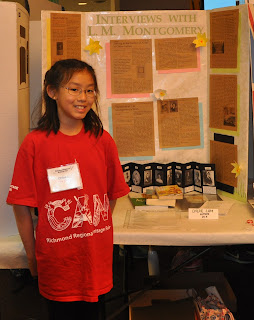 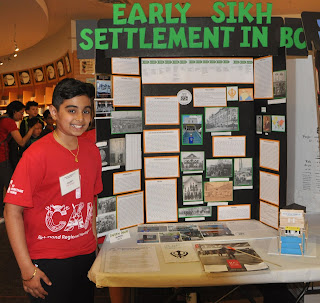 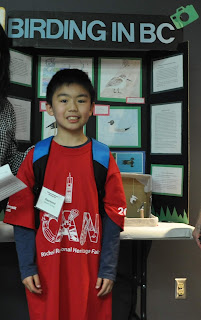 Project #6 - Bird Watching in BC
By: Raymond, General Currie Elementary 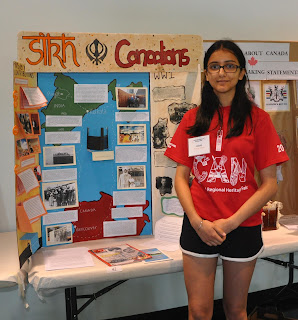 5. CCHSBC History Award
Recipient receives a certificate, medal, one-year membership to the CCHSBC and an invitation to present their project at the annual CCHS AGM dinner. A book will also be donated to their school library. 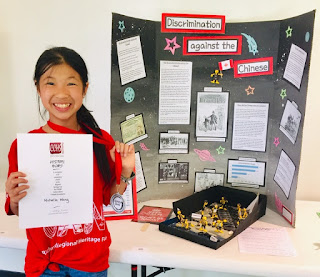 Project #38 - Discrimination Against the Chinese
By: Michelle, Jessie Wowk Elementary

6. Historic Places Award
Recipient receives a certificate and a letter from the Minister of Forests, Lands, Natural Resource Operations and Rural Development. 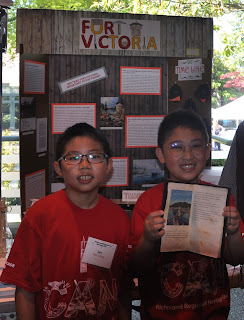 
7. Rich Culture / Other Voices Award
Recipient receives a certificate and a book. 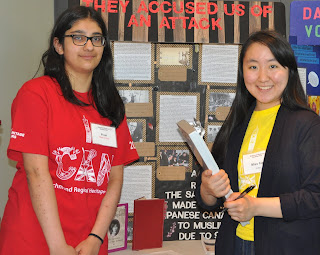 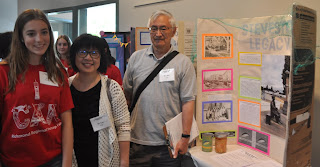 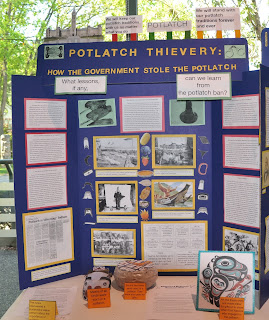 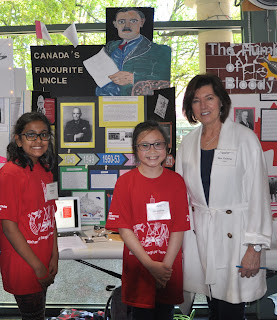 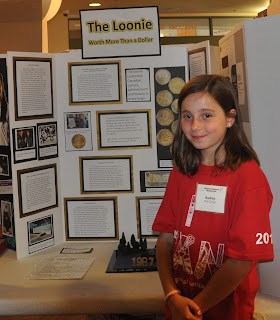 Project #72 - The Loonie "Worth More Than a Dollar"
By: Audrey, Hamilton Elementary 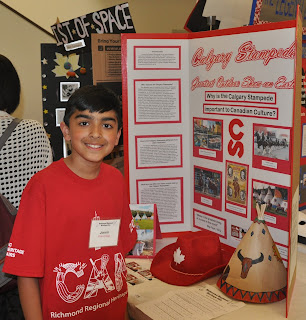 12. Industry Award
Recipient receives a one-year family membership to the Britannia Mine Museum. 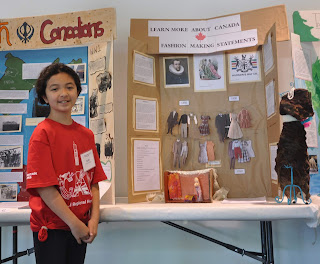 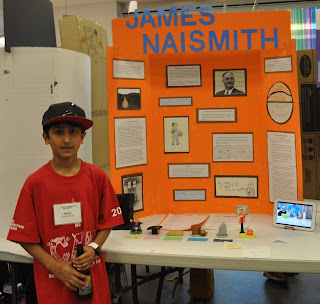 
14. Canada and the World Award
Recipient receives a book, calendar and four tickets to visit the Royal BC Museum in Victoria. 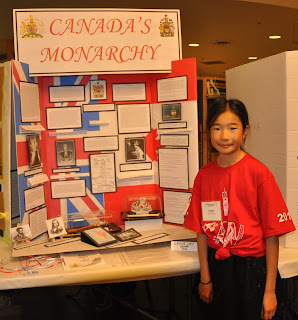 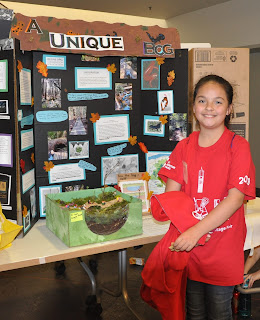 16. Local Historian for Richmond Award
Recipient receives a board game. 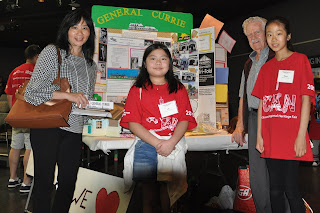 17. Honourable Mentions
Each recipient receives a family pass to the Vancouver Police Museum. 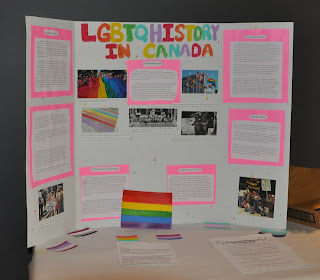 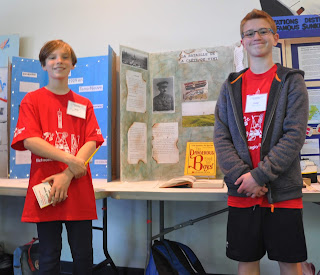 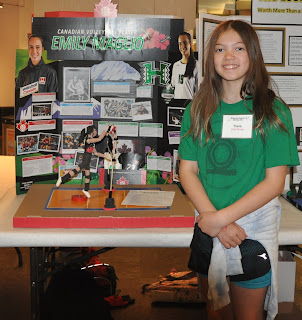 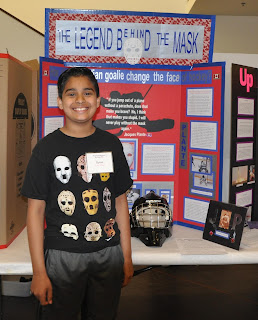 Project #79 - The Lgend Behind the Mask
By: Dylan, Hamilton Elementary 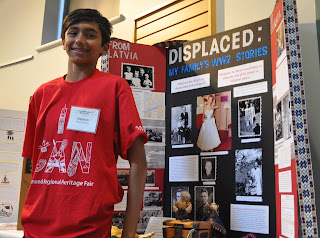 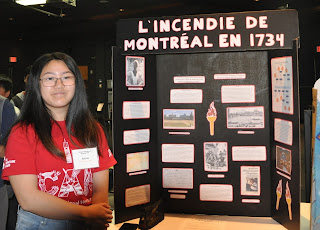 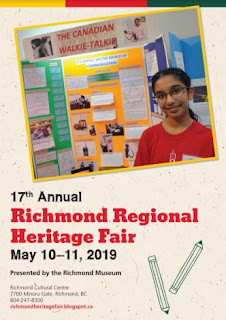 Posted by Richmond Museum - Emily at 16:25 No comments:

Here are the schools who have registered:

We are excited to see their Heritage Fair projects!

Posted by Richmond Museum - Emily at 15:26 No comments:

Registration is OPEN for the 17th annual Richmond Regional Heritage Fair on Friday, May 10 and Saturday, May 11. 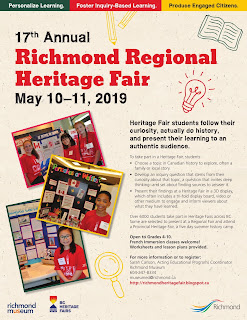 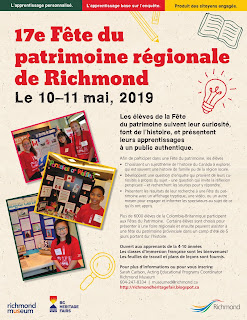 Posted by Richmond Museum - Emily at 12:19 No comments: 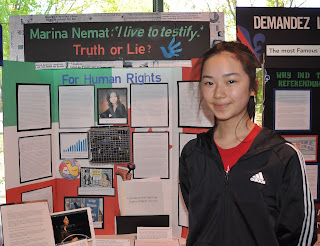 Why did you choose this topic?
I chose this topic because I was inspired by Marina Nemat's bravery, strength, and courage to stand up for what she believed in and survive her torment in a country that is abusive to human rights. It seemed like very few people knew who she was, so I wanted to share her story. I also wanted to use this project to advocate for human rights as well, as it is a topic I feel very strongly about.

Place you would most like to visit
Berlin, Germany

If you could meet any historical figure, who would it be and why?
If I could meet any historical figure, it would be Viola Desmond. It would be her because she is one of the first Canadians to challenge racial segregation, which is a huge milestone in our history that means something to many people. Racial discrimination is a topic that I am passionate about and it is completely relevant today. I think it would be interesting and beneficial for all people to hear what Desmond would do to challenge racial discrimination in today's society.
Posted by Richmond Museum - Emily at 11:30 No comments: 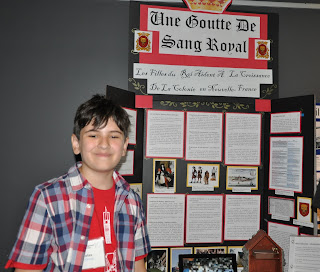 Why did you choose this topic?
My dad discovered that we were related to 12 kings and five emperors including Charlemagne AND to Catherine de Baillon, one of the “King’s Daughters.” I was very intrigued by this and I thought it would make a cool project

What part of the Provincial Fair are you most excited about?
Meeting new people in the dorms

If you could meet any historical figure, who would it be and why?
King Louis XIV because it would be neat to meet a King, especially during a time of the big ships that explored the seas and during the times of colonizing new lands.
Posted by Richmond Museum - Emily at 14:00 No comments: